Today marks the beginning of Women’s History Month where the contributions of the underserved majority are recognized – after all, women compromise 50.8 percent of the United States population.

The National Women’s History Project advocates the achievements of women in every field all across the nation. They tell the stories of women whose work was previously unknown or unrecognized simply because they were women. Females in the Science, Technology, Engineering, and Mathematics fields are one of the main focal points in discussing women’s visibility and accomplishments.

“(Women) have always been in the sciences, they just haven’t always been out in the forefront, or if they were, you didn’t necessarily know they were females because when they published their papers, they only used their initials,” Ana Christensen, associate professor of biology, said. “Women are being recognized more now, but they’ve always been there.”

Recently, there has been a big push to get more women into the STEM fields. These fields usually require higher educations and degrees, which were not always available to women.

Christensen said that the advertisement of women in STEM fields is helpful overall, because young girls will be able to see everything that is offered to them.

“If women show interest in science, they should be encouraged to go into science,” she said. “Many girls growing up may not necessarily be aware that science is open to them, and (that there are) other things in science besides medicine.

“When many people hear biology, they think, ‘Oh, you want to be a doctor,’ and there’s so much more than that. There’s nothing wrong with being a doctor or a physician, treating people, but there are a whole host of other scientists doing research on the disorders and the treatments and everything else. I think people ought to be a little more aware of those roles in science as well.”

Lei said she found her love for chemistry in China, where she was born and raised.

“When I was in high school in China, I chose chemistry because I thought I was good at it,” she said. “In China, you get to choose from, like, four majors and it is very hard to switch majors, unlike here where it is easy.”

Lei, who has worked at Lamar for almost 10 years, said that she became a professor because she loved doing research with her students as well as the teaching environment the chemistry department provides her.

“No matter if you are male or female, or if you want to be a physician or a high school teacher, chemistry is something that is doable,” she said. “I tell students all the time that (this field) is a good option for them, and that they will always find a job.”

Christensen said she has loved biology, specifically marine biology, since she was nine-years old.

“I went walking on the beach after a big storm had come and washed up a lot of things on the shore,” she said. “I asked my dad so many questions and he answered them, and then the next day he said, ‘Here,’ and handed me a book on marine biology — and that’s what I’ve done ever since.”

Christensen has worked at Lamar for 18 years, and said she became a professor to share her love for the oceans and its inhabitants with like-minded students.

“I like the interactions I get with students,” she said. “I want them to be excited by marine biology as much as I am. I want them, and everyone, to understand how important the oceans are.”

There have been debates in society as to whether or not months like Women’s History Month or Black History Month are necessary, but Lei and Christensen said that for the time being, these special months are crucial.

“They help to bring focus to things that have traditionally not received as much attention in society,” Christensen said. “Hopefully, 10 or 20 years down the road, we won’t necessarily have to have a female history month or a Black History Month, etc. — that we will have done enough in our society, that people recognize that we no longer have to put labels on all these various things and we can just celebrate history in general, or science in general.”

International Women’s Day was first recognized on March 8, 1911, and Women’s History Month was first observed in 1978, with President Jimmy Carter writing the week into law in February 1980. The month of March was dedicated in 1988, with a Presidential proclamation occurring every year since. 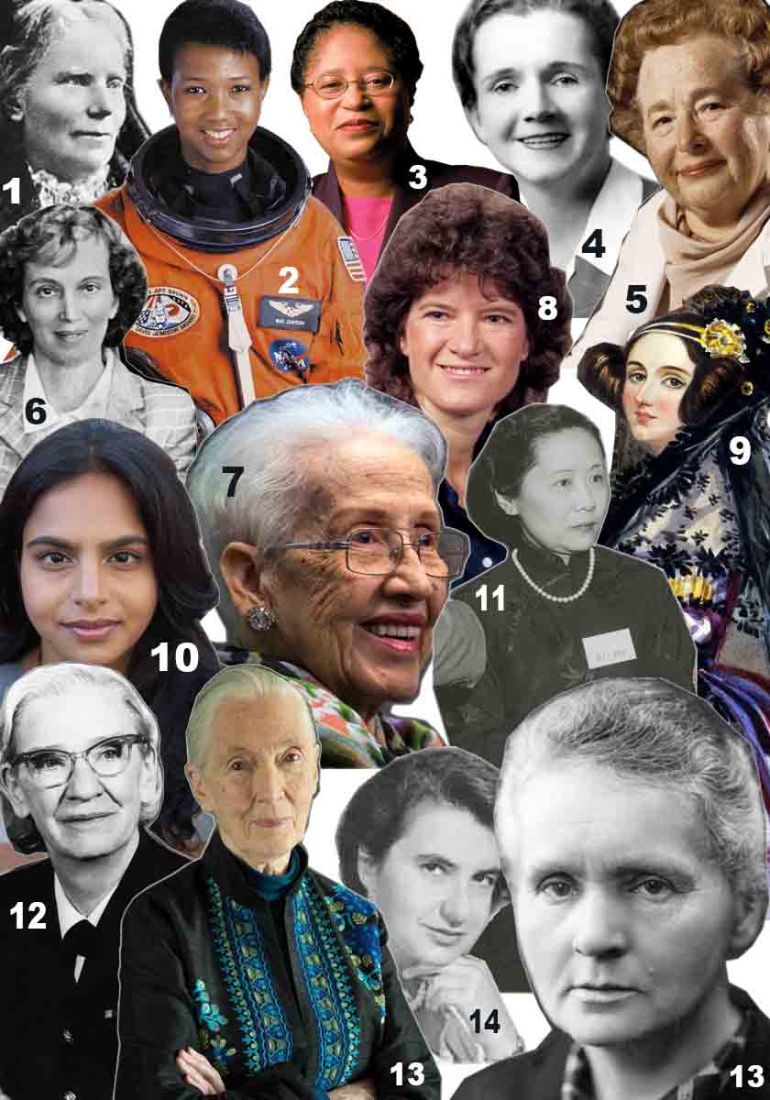 One thought on “Women of STEM”